It's pretty amazing, I just did a few searches and came out with ten other people who were at the protests as well... :) 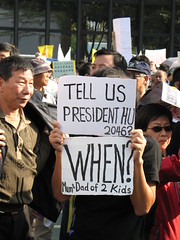 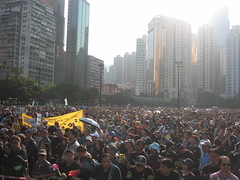 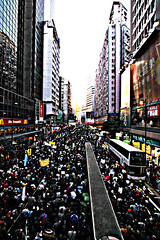 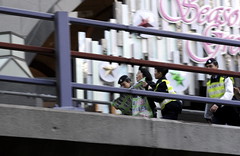 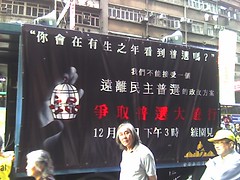 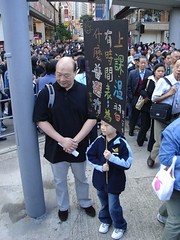 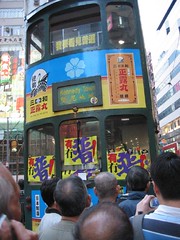 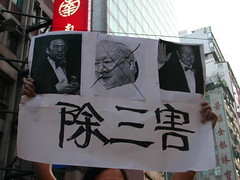 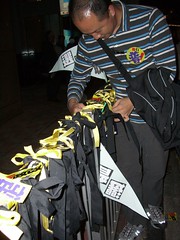 Some photos at my Photoblog:
http://hkdigit.blogspot.com/2005/12/march-for-hong-kong-democracy.html

Has anyone got, or seen, a photo that shows the banner that the protesters dressed in white playing drums and cymbals (as shown here: http://www.flickr.com/photos/samgraham/70497922/)were marching behind? I'd be interested to know what it says. Someone said that it was anti-CCP...was it?

in chinese, their slogan says "消滅中共" which means "eliminate the CCP"...

which basically means:
CCP does not equal to China
CCP equals to anti-China

which means:
CCP be eliminated by "the sky" = God

but as i said, 99% of the marchers cried for universal suffrage, which was the original theme of the demonstration.

I noticed the number of anti-CCP banners too. And the Taiwanese flags. I talked to some of the people holding the Taiwanese flags (they were a youth group (China Youth Service and Recreation Centre), and they were..well..not mild.

Your comment was interesting. I had thought that the anti-CCP signs weren't entirely helping the cause.