Ask Your Heart, Have No Shame. The Generations That Failed This One. #occupycentral #umbrellamovement

Listening to a random HK legislator say that, this is the most unhappy time ever in Hong Kong. (I personally would choose the Japanese occupation). And how the protests have caused so many families to be unhappy, how many mothers to be unhappy, because every day they worry whether school will go on, and if it is, they worry about the traffic.

I wonder how happy they would be if their child is randomly arrested for pissing someone powerful off, and since there is no rule of law, or right to free trial, that child is thrown in jail with no recourse.

Every time I hear the student leaders talk about how the generations before failed them, I always agree.

And all these parents who are "unhappy" because they are sick of seeing the protesters on TV. I don't know how they think living in a repressive regime will serve them or the future of their kids.

I recently brought that up in a Chinese Democracy Group in LA. How the generations before didn't fight hard enough for freedoms and have left these kids with a questionable future. People freaked out, this woman started shouting at me. Doth protest too much. Those who disagree the most, probably have something to hide.

But they didn't do enough, as in the generations before didn't (with those who fought the communist excempt). Most people didn't have time or want to demand for more powers during the British rule. Those who cared, most didn't have the vision to ask for more rights within our own city.

The old activists kept dreaming of democracy for China, carrying the burden and dreams of the students of 1989, and they forgot the future of HK.

It was frustrating to keep going to the June 4th memorial, every year listening to the demand that the Chinese Government will reconsider their stance on what happened in Tiananmen. That each year they asked for The communist government to say they made a mistake.

I never understood the worth of begging China admit something we already knew was wrong. If they weren't a totalitarian regime, they wouldn't be arresting people in the first place.

I didn't know who we were shouting, "Democracy! Freedom!" for.  We did it over and over again for two decades.

Democracy in Victoria Park on June 4th was a concept. A facsimile of 1989. A piece of nostalgia.

And if I questioned the premise of asking China for something that didn't matter, I would hear something like,  "But if China, was willing to reconsider what happened in Tiananmen than it would be a different China," or even, "I don't need democracy in Hong Kong, I just come here for the students."

I knew when I said that, they felt I was betraying the cause. But I thought maybe they were because they didn't seek self determination.

Which is what these student leaders and their supporters have finally done.  They were able to take the ideas of "Democracy," and "Freedom," and apply it to themselves. The first time in 25 years.

When we sobbed over the "end of a dream," brought on by a violent government, we should have been working out a new one. One that was current, that was of the time, and place we existed in.

I probably will sit in another room one day saying this, and have another room full of people reacting loudly and violently to my accusation.

So be it, and one of these days, the parents who was worried about traffic will probably have regrets too.

The people protesting wont have any. They won't need to yell at anyone for saying they didn't do enough.  In fact, no one would accuse them of that in the first place.

As the Chinese saying goes, "Ask your heart, have no shame."

I apreciate people who can do that. 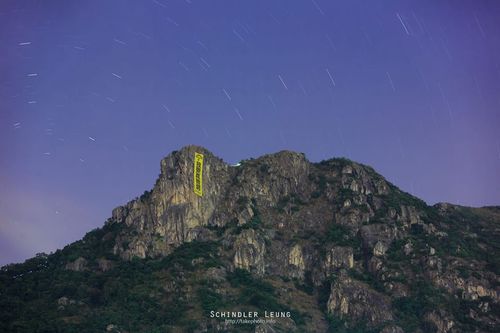