Sexual Violence in China and My Emerging Hong Kong Identity. 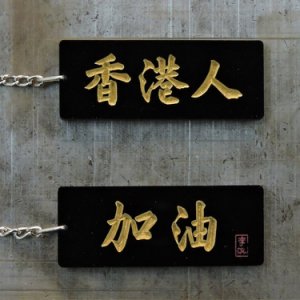 One of the most controversial concepts to come out of the new generation of Hong Kong young people is that unlike the previous generations, they do not see themselves as Chinese. This has upset people from China and the older generation most of whom subscribe to the idea of One Chinese Nation.

They see our race as our identity.

I never subscribed to the Greater Chinese Nation, but did see myself as Chinese, so during the Umbrella Movement, when I started hearing people talking about a Hong Kong identity outside of being Chinese, I held onto it and decided to change the way I view myself.

Last week I started researching sexual violence against women in prisons in China after rumors of sexual abuse in San Uk Ling Holding Center in Hong Kong came to light.

I started thinking how people conflate the CCP with being Chinese and questioned how those people can accept systematic sexual violence and accept it as part of our 4000 years culture.

The more I thought about it, I realized violence against women have long been part of Chinese society and is systemic. Starting with the most obvious example of foot binding, then, the more internationally universal, sales of young girls as indentured servants and sex slaves, child brides as concubines, and femicide for sexual agency and expression. In fact what’s going on in the prisons is ingrained into culture of denigration of women.

I’m not that excited with our 4000 years of culture to begin with, despite I love the glaze in the pottery.

Let me be a 香港人 only & always.